We were asked to review the first 5 weeks of work that we have done in a 600 word summary. So here is what I thought along with some photos of the work that I’m talking about.

In the 300-word statement at the end of the summer project I wrote about the ideas that I would like to explore in my studio practice this year, most of the stemmed from last year and were concerned with the idea of incorporating motion or balance into sculpture, as well as making my contextual research much broader than it had been. I had planned on looking at traditional pattern, anatomical drawings which I did in the summer however when I got into the studio all of this work seemed to take a step back and I became preoccupied with the photographs that I had taken whilst on holiday in Malta, of holes in buildings, peeling paint and plaster as well as a variety of textured surfaces. The initial idea that I had proposed to do was to create decaying paintings inspired by them, by either leaving them outside or actively decaying them with chemicals or burning them.

I began creating small arrangements of watch parts, initially in a grid format but then moving on to filling small shapes with them. I quickly began feeling like it was going in no particular direction and that I could replicate them a hundred times over and it would create a beautiful piece of art, but that I had no particular feelings towards them, they look pretty almost like cards, but that i don’t particularly like them. It was pointed out that they looked almost like hieroglyphics so I experimented with creating hidden messages looking at the binary format and creating messages that read be mindful. I think that I liked these better because they had a pattern to them and I liked the marks left underneath by me ruling out lines so that they’re neat and them not quite rubbing away properly. It’s these type of residual marks that I find more interesting than the work itself and something I continued looking at, in real life looking for the residual marks that inspire me or hold my attention for a period of time.

When I was in the studio the first thing that I wanted to do was source some plasterboard and begin trying to create these kinds of holes. I began with coating it with finishing plaster trying to replicate a smooth finish but it came to light that I’m terrible at plastering so I ended up with a much more textured surface, I then decided to layer the plasterboard together and make holes in them by using a hammer, chisel and sledgehammer. The one that I liked the most was the holes created by the chisel because they were so much neater and more controlled than the others which were uneven and circular in form whereas the chisel created neat rectangular holes much unlike any of the photographs. I liked the angular marks the chisel made, this coupled with the edges of the paper from the plasterboard in ripped uneven edges, I think went quite well together.

so I explored this further by experimenting with creating holes in plaster that has paint going through it so the action of smashing the plaster changes its form/ colour however my first attempt broke up completely, but I was left with small fragments of plaster with odd rippling marks where the paint had been forced through the plaster when it was quite wet. I really liked the result of this as the fragments look as if someone has painting very delicately on the surface, I thought that this method was really interesting to explore because the paint didn’t dry inside the plaster so when it was smashed the layers came away beautifully. I liked the smaller pieces rather than the larger because they had no near edges from the box but were irregular in form.

The 2nd attempt I didn’t really like as much because I put far too much paint into the plaster when it was already drying so you didn’t quite get the delicacy that you got with the 1st one instead of this one I chose to uncover small trenches like archaeologists do, revealing the coloured plaster underneath and then pinning small edges on with string to highlight where the trenches were to be build. I didn’t like the end result as it looked much messier than I would have liked. I felt that it would have suited a different colour or material as I created it in white plaster with blue paint running through. If I created, it in plasterboard into a wall I think the effect would be much nicer.

So far in happy with the work that I’ve created it’s given me allot of ideas to consider trying. Such as trying to re-create some of the holes that I have seen, like the one I’ve seen in university and incorporates more materials such as wire, expanding foam, bricks, mortar and wood. I’d also like to try creating textured, plaster drawing

s by adding things such as sand and soil to different types of plaster along with paint. Another idea was creating stratifications in plaster but I think that I’d definitely like to look more at creating some 2D works like painting from the blurry photographs that I’ve taken. I’m also pleased with the range of contextual research that I have got, I enjoyed going to New York and it gave me the opportunity to see a range of art that I wouldn’t ordinarily come across. I’m aiming to keep this up by going to more galleries in my spare time and reading more journals and reviews as it’ll give me a better insight into the work that’s going on at the moment. 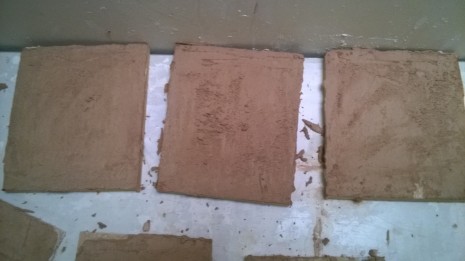 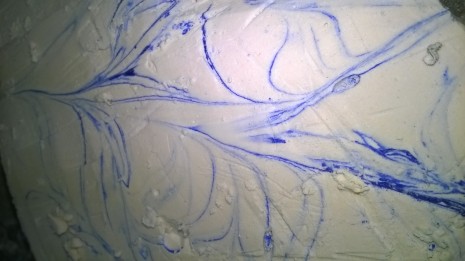